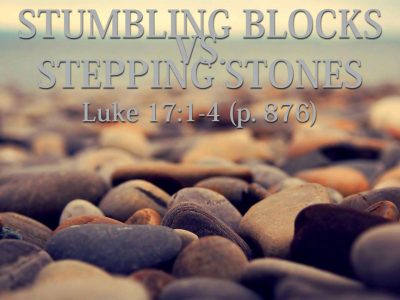 Luke 17:1-4     (English Standard Version)
1 And he said to his disciples, “Temptations to sin are sure to come, but woe to the one through whom they come! 2 It would be better for him if a millstone were hung around his neck and he were cast into the sea than that he should cause one of these little ones to sin. 3 Pay attention to yourselves! If your brother sins, rebuke him, and if he repents, forgive him, 4 and if he sins against you seven times in the day, and turns to you seven times, saying, ‘I repent,’ you must forgive him.”